Elimination of Waste and Pollution by SINGHA-R-SA @Ratchaburi 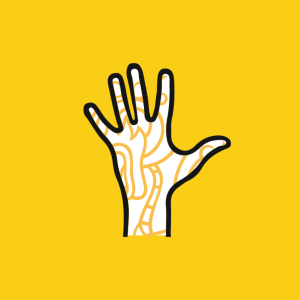 Due to the possibility of heavy rain causing flooding if not taken care of, Singha R-SA worked with the villagers to eliminate the water hyacinth and pollution in the canal that causes blockages in the drainage.

Singha R-SA worked with the Phraya Bhirombhakdi Foundation as well as a volunteer network on September 9 on a project called “Singha R-SA Eliminate Water Hyacinth and Garbage to Prevent Flooding in Ratchaburi”, which was carried out in Ban Khlong Nong Or Village, located in Chet Samian Sub-district, Potharam District, Ratchaburi Province in order to clean the canal, free the drainage of waste and debris, and prevent future flooding. 14 villagers from the local area also participated in the activity.

Because there were motivated and enthusiastic volunteers who cared about the environment, eliminating water hyacinth and waste was actually a fun activity. The competition that was created and held helped to make it more enjoyable for everyone involved.

Nobody cared that they were getting muddy because of the rewards they were gaining while working, including new friendships, harmony and the welcome warmth of the locals. Singha R-SA offered appreciation to all of the participating volunteers such as the volunteer network from Ratchaburi and the network of scholars hailing from Nakhon Pathom Rajabhat University, Muban Chombueng Rajabhat University, and Silpakorn University (Phetchaburi Campus). Also involved in the effort was more than 200 local volunteers from the surrounding villages.

Anything is possible if people can get along and work cooperatively. Everyone deserves appreciation and fortuity for participating to make the village and environment healthier for all.